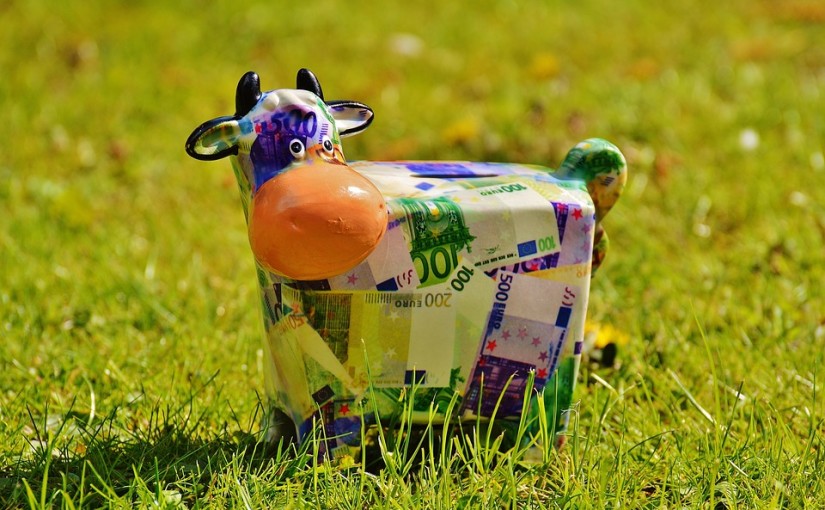 Some people don’t realise this, but recycling and money-saving often go hand-in-hand. With this is mind, we put this list together to show you 10 great ways you can save yourself some money whilst also benefiting the environment. They are so easy, you can get started today!

If you’re at home, use a glass which you can wash up. If you’re out and about, just reuse an old bottle which you can refill with tap water as you go about your daily tasks. More and more public places are happy to supply tap water, or have installed drinking water taps.

Instead of just binning unwanted clothes, you could make money from them. Sell them in bags to a ‘cash for clothes’ shop, sell them on eBay, or sell them at a car boot sale. There are plenty more ideas here for what to do with old, unwanted clothes.

Old clothes, curtains, tea towels or bed linen can all be turned into something new and wonderful. Don’t throw them out – instead, try your hand at creating new clothes, cushion covers, bags, phone cases, etc. You could make something beautiful and unique. Even tweaking or updating unwanted clothes could make them wearable again.

When it comes to adding to your wardrobe, why not buy second hand instead of brand new? You’ll save yourself a lot of money, and it is amazing what some people donate to charity shops. It’s great if you enjoy a rummage. If you prefer to play it safe, or don’t have the free time to browse in charity shops, you can pick up some bargains on eBay – some charities sell on there too.

Whether it’s a plastic water bottle, a takeaway container or a jam jar – it can be reused. A jam jar could be really useful and save you having to buy a new container if you, for example, make your own jam or chutney, or need somewhere to keep receipts, tickets, or buttons. Next time you have one ready to recycle, think about how you could give it a new purpose instead.

Keep all of your plastic grocery and shopping bags, and reuse them. If you use them in your indoor litter bins you won’t have to buy bags specifically for the job. They’re also handy for using as laundry bags when travelling, for scooping in the cat’s litter tray, for collecting the litter at picnics, in the car for sickness, or for protecting your shoes in muddy areas. There are literally hundreds of possible uses!

We all produce food waste in our kitchens. Some of us just sling it in the bin for landfill, however if you do that you are missing a trick; food scraps are fantastic for creating nutrient-rich compost for your garden, which will save you money on other products. We have written a guide to composting, which you can find here.

If you plan your meals in advance, you should be able to cut down on food waste from that food that you don’t get around to eating each week. Planning ahead will save you from buying food you aren’t going to eat. Also, by planning your trips to the supermarket or local market you can use less petrol. Bonus!

Get clever with giftwrap

Gift bags are easy to reuse, as you just remove your present and the tag, and refill when needed. If you like gift wrapping, why not try newspaper or magazines instead of splashing out on brand new wrapping paper? You could even use pretty scraps of unwanted fabric or an old headscarf.

There are many companies out there who buy old mobile phones, meaning you can get some cash from an item you just had gathering dust in your home, not being used. If it is a newer model of phone, eBay could be a better option, and places such as CeX buy many electronic devices, as well as items like video games and CDs.

Do you do any of these money-saving recycling ideas already? Do you have any other suggestions? Let us know in the comments below. 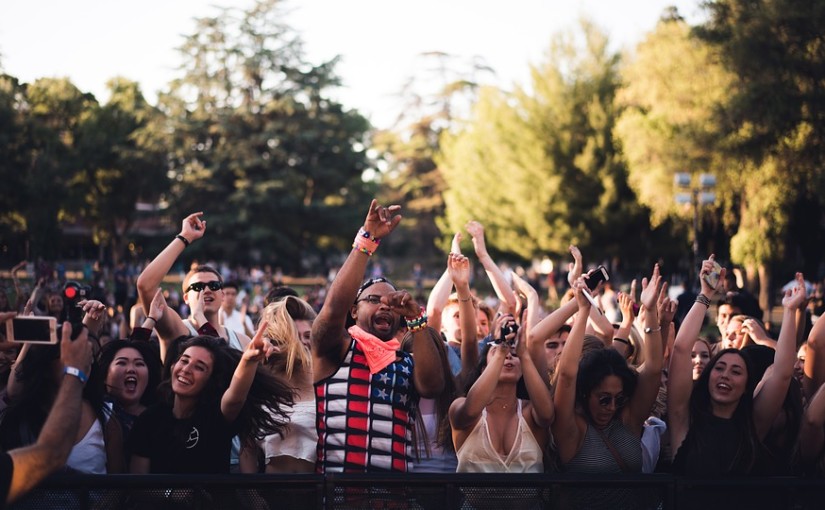 Summer is here in the UK, and for some of us this means only one thing: festival season is upon us. Music festivals (and others) grow in popularity year on year, and new additions to the circuit get added frequently. We can’t seem to get enough of live music in fields!

Glastonbury Festival started out in 1970 as a festival created under the ethos of hippie counterculture – peace, love and green living. However, is Glastonbury environmentally friendly now? Are any mainstream festivals actually ‘green’? Also, how are festivals going about tackling their litter and environmental problems?

The main challenges festivals face when it comes to keeping it green are:

Essentially, festival-goers are living in a temporary town/city for a weekend, and so with that comes all the environmental problems a real town would face when overcrowded; lots of litter, danger to wildlife, and high carbon emissions. Plus others, including people toileting where they shouldn’t. Glastonbury in the 1990s became a hazard to fish in the nearby river due to urine-induced high ammonia levels (due to people peeing on the ground). The organisers have, of course, since added many, many more toilets, including lots of compost loos.

135,000 people on one farm results in quite a lot of waste, and way too much litter! Glastonbury does, however, skip a year every 5 years, to give the natural environment time to recover and replenish from the crowds and their effects.

Dealing With The Problem

Each large festival seems to have their own approach to dealing with green issues, and all appear to be trying – albeit, some a lot more than others.

Most festivals now seem to be aware of their overall carbon footprint and how that is impacted upon by the thousands of people travelling to and from their site. In fact, 68% of the total emissions caused by the average festival come from this travel. To combat this, festivals now promote car-sharing schemes, and the use of public transport. Also, bicycles are suggested, although I imagine that’s not as handy for carrying your tent etc.!

Glastonbury, for one, rewards those revellers who use public transport.

Leeds and Reading Festival run schemes which encourage people to collect litter or at least bin their own; there’s a 10p cup and water bottle deposit, and collecting a bag full of cans equals 1 free beer at the recycling exchange.

Festivals such as Beat-Herder and Blissfields take a £5 refundable litter bond from attendees, who are expected to collect 1 full bag of rubbish during their stay.

Many festivals have cut down on the use of plastics and some, such as Shambala, have done away with plastic bottles completely – encouraging people to re-use one they bring with them instead.

T In The Park organisers – frustrated at the litter problem, and in particular the abandoned tent issue – launched a huge campaign and asked fashion designer, Iona Crawford, to make a dress from discarded festival tents. This highlighted the problem of discarded tents, and promoted alternative uses for damaged tents if people took them home.

Of course, Green Gathering is, as the name suggests, a sustainable festival which is powered entirely by renewable energy; the stages are solar, and wind power is also used. They even run workshops on how to create renewable energy at home, and have speakers from the environmental movement too.

If Green Gathering can manage it, surely the others can follow suit in time? If some go back to their roots, they may rediscover their environmentally friendly ethos and potential solutions. 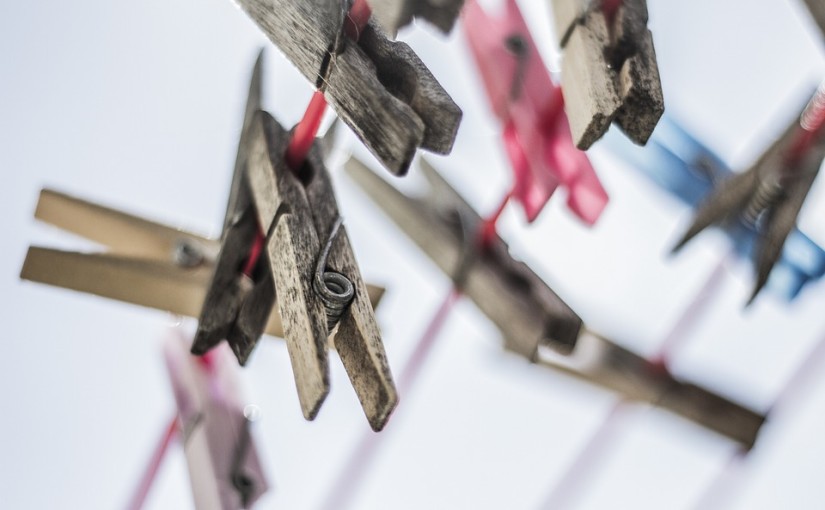 Everyone has some clothes in their wardrobe that they no longer wear – maybe they no longer fit, have lost their shape, are stained or are just out of fashion. Whatever the reason, the chances are you have some clothes, curtains and/or bedding that you need to get rid of.

What should you do with these textiles that you no longer want or need? Please don’t throw them in your normal rubbish bin, as they will just go to landfill. Below we look at your options: END_OF_DOCUMENT_TOKEN_TO_BE_REPLACED 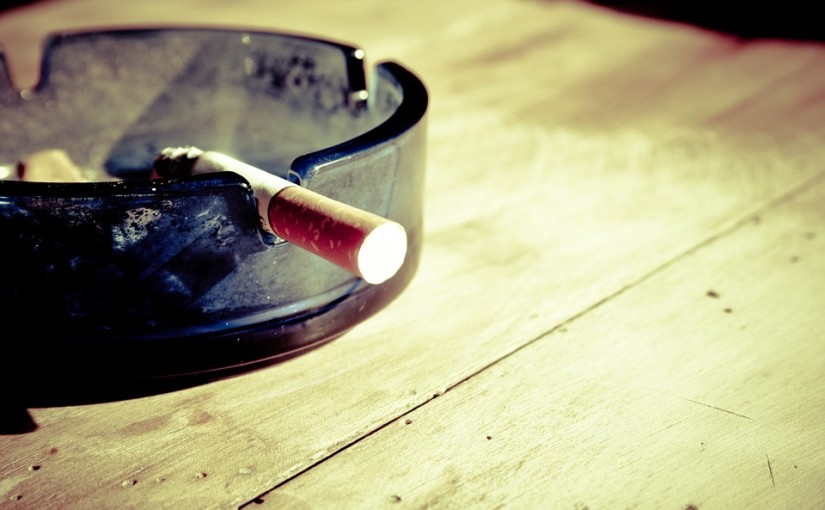 Yes and no. The problem is that many people still do not think of dropping their cigarette on the floor as dropping litter. In that sense they are invisible.

Sadly, they are very much a real and visible environmental problem for the planet as a whole, our animals and our waterways. They may be small, and therefore seem insignificant, but in bulk they are a big hazard and are wreaking havoc.

END_OF_DOCUMENT_TOKEN_TO_BE_REPLACED

Litter may not always be at the forefront of people’s minds in our busy modern world, however statistics – and sometimes a quick glance at the area around you – show that we really do need to take action on this growing problem in the UK. Whilst it is suggested by Keep Britain Tidy that 57% of people in our country believe that litter is a problem in their area, it is people who cause the problem in the first place. And what a big problem it has become.

END_OF_DOCUMENT_TOKEN_TO_BE_REPLACED

Many think of litter as unsightly and, at worst, a nuisance or perhaps a bit unhygienic. However, certain types of litter can actually be very dangerous, and can kill. Here we take a look at both sky lanterns and helium balloons and how they impact upon the environment when they fall back to Earth as litter.

Sky lanterns are still a relatively new item for celebrations in the UK, and are commonly released on New Year eve, and for weddings, birthdays, memorials and other similar occasions. Due to the novelty factor, the cheap availability, and simply the beautiful appearance of the lanterns in the night sky, these items are very popular. They can be written on with pen directly or sometimes sentimental notes are attached, depending on the occasion. END_OF_DOCUMENT_TOKEN_TO_BE_REPLACED 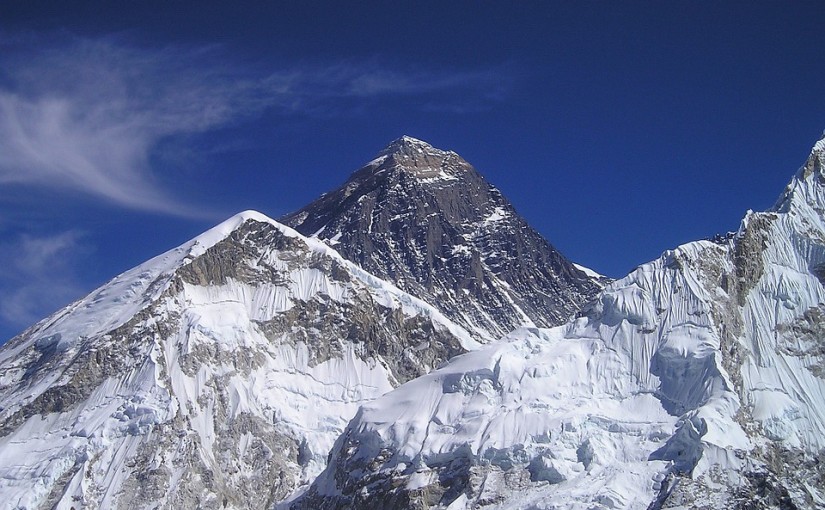 When you think about Mount Everest, I imagine the last thing that comes to mind is litter. Yet if you are wanting to climb Everest, you now have to collect 8 kilograms of litter and human waste whilst you’re up there, which can’t include your own.

Scaled for the first time ever in 1953 by Tenzing Norgay and Edmund Hillary, Mount Everest is still a very popular mountaineering destination; being the highest mountain on Earth at 29,035ft, it is the ultimate challenge for many climbers. Being a vast natural space, there are no bins or toilets on Everest beyond the base camp at 17,380ft, so it seems many on expeditions simply discard their rubbish and human waste on the mountain with little thought given to its impact on the local environment. END_OF_DOCUMENT_TOKEN_TO_BE_REPLACED 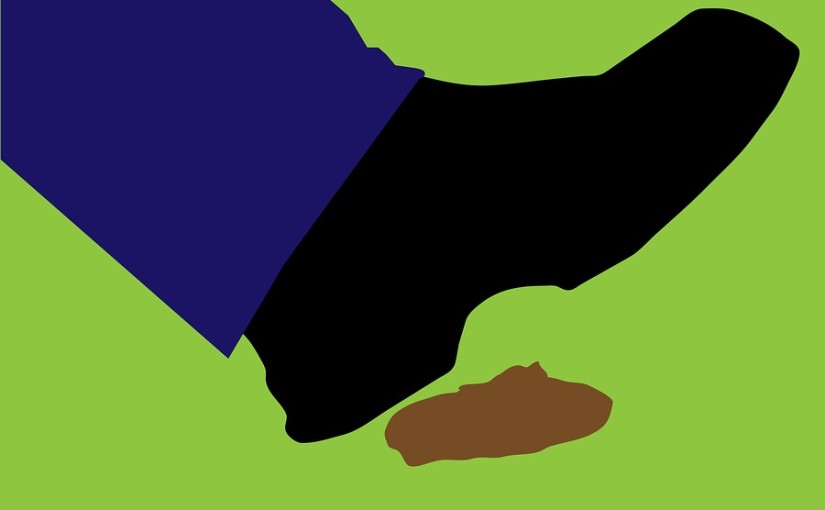 If you ever walk anywhere at all, you are probably aware that dog mess is an ongoing litter problem on our footpaths and green spaces in the UK. If you ever walk on popular hiking routes you have probably also noticed that even when dog owners are picking their dog’s mess up, there seems to be a trend of leaving the bagged mess in public rather than binning it or taking it home. END_OF_DOCUMENT_TOKEN_TO_BE_REPLACED