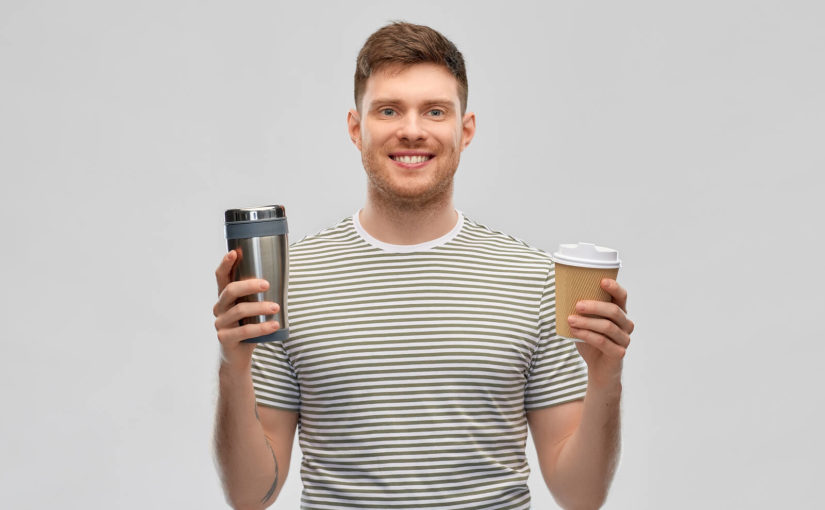 Before the outbreak of COVID-19, the UK public was taking steps towards living a less wasteful existence.

These steps included the plastic bag charge at supermarkets and large shops, and the rise of reusable coffee cups.

Unfortunately, 2020 has delivered an unexpected health crisis to the country (and the world), with a novel coronavirus that spreads itself through close contact between humans.

At the start of March, Starbucks announced that it was temporarily banning reusable cups to help contain the spread of the virus.

Many cafes across the country have since made the same switch for their takeaway services, too.

With the containment of the virus being a bigger priority than the environment right now in the eyes of most, we’re seeing many other changes taking place in society as well.

While the changes are temporary, none of us really know exactly how long ‘temporary’ will end up having to be.

Which zero waste practices have reverted?

So, which zero-waste practices have either reverted or changed since the outbreak began in the UK?

Firstly, with a ban on reusable cups in place at many hot drink outlets, the UK will be back to producing and binning up to 2.5 billion disposable cups per year for the foreseeable future.

Here at Forge Recycling, we collect these cups from local businesses and deliver them to James Cropper for recycling.

But, of course, the ultimate goal is for everyone to use a reusable cup and for disposable cups to become a thing of the past.

As the number of COVID-19 cases increased across the country, so did the level of worry.

This concern led many people to ditch their reusable shopping bags in favour of single-use versions which they can throw in the bin and wash their hands after touching.

In this time of uncertainty, it is easy to understand why some people are erring on the side of caution when it comes to the weekly food shop.

In fact, some places around the world, such as San Francisco, have banned the use of reusable bags for the time being.

In the UK, the government has temporarily suspended the plastic bag charge it put in place in October 2015 — but for online grocery deliveries only. This change is to remove potential risk and speed up the order process for customers.

Before the virus, some takeaway establishments were encouraging the use of reusable containers.

However, with the closure of dine-in restaurants and the rise in takeaway food, far more disposable takeaway containers are being used across the country than ever before.

Not only that but unpredictable ordering patterns have left restaurants with a rise in food waste, too; with no way of knowing how many customers they’ll have each evening, it is unfortunately easy to over-prepare.

Of course, most PPE is single-use (and for good reason), but there is much more of it currently being used than ever before.

However, for those of us not working directly with COVID-19 patients, our protective equipment tends to include just anti-bacterial hand gel and face masks — and possibly gloves.

Due to a lack of availability of disposable face masks, there has been a boom in reusables, made from cotton fabrics. These are washed at 60 degrees after each use and then reused.

What the future looks like for the zero-waste movement

While the virus remains a priority, many people will be relying more on disposables than they used to.

However, over time, as the virus subsides, we can see the zero-waste movement rising once again as a priority in people’s minds.