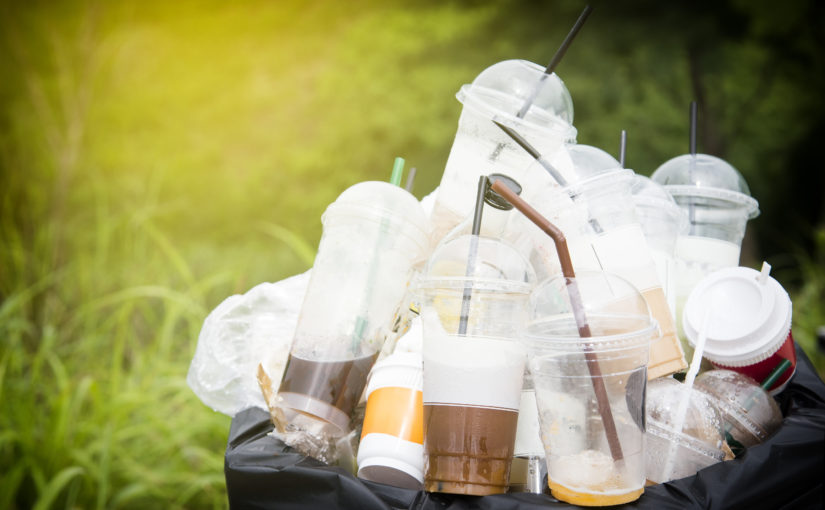 Since 1988, it’s been easy to identify what type of plastic many products, packaging and containers are made from, thanks to the creation of the Resin Identification Code, or RIC.

This is the number enclosed within a triangle that appears on many plastic items as a guide to its recyclability – but although the symbol originally included the familiar ‘recycling symbol’ of three arrows arranged in a triangular shape, not all plastics marked in this way are actually recyclable.

More recently, it is common to see a solid triangle rather than the triangular ‘recycling’ arrows, in an attempt to reduce the risk of non-recyclable plastics being misinterpreted.

What are the seven types of plastic?

There are seven specific RIC codes, including:

As a useful rule of thumb, the lower the number, the more likely it is that a particular plastic product can be recycled, and both RIC codes 1 and 2 are among the most commonly recycled materials.

RIC 3 PVC is fairly widely recycled too, but further down the list it becomes less possible to fully recycle plastics – for example in the RIC 4 category, thin single-use plastic bags are better targeted through initiatives like the minimum carrier bag charge.

Why are some plastics not recycled?

It’s not economical or environmentally effective to recycle some forms of plastic, and accepting them all without distinction can make recycling efforts much more difficult for the other types of plastic too.

For example, plastic films, plastic wrapping and thin plastic bags run the risk of clogging processing machinery if they are collected along with larger, heavier and more rigid recyclable plastics, which is why it’s important not to put them in plastic recycling bins unless you know they are acceptable.

Unfortunately, just because a particular item is marked with a RIC code 1 or 2, it still does not mean that it is automatically guaranteed to be recyclable under any one scheme, and you will usually find guidance from your recycling company will stick to listing more general categories like bottles and trays, rather than specifying a particular RIC type for collections.

Can I mix different types of recyclable plastic?

If your recycling provider allows it, absolutely – it really depends on who you work with and whether their recycling facility is set up to separate out the different types of plastic.

But it’s important not to put the wrong types of plastic into a recycling bin. This not only runs the risk of clogging machinery with flimsy films and plastic bags as mentioned above, but can also contaminate entire loads of recyclable plastic.

While methods of separating out recyclable and non-recyclable waste, and cleaning the recyclable material before it is processed, are becoming more and more sophisticated all the time, a contaminated load that cannot be cleaned runs the risk of being sent to landfill in its entirety.

This obviously substantially undermines the environmental benefits of recycling, which is why you should never simply assume that your recycling provider can sort it out later, rather than making sure you get it right when disposing of your plastic waste at source.

What are the options for non-recyclable plastic waste?

Just because plastic cannot be recycled, it doesn’t mean that it can’t be reprocessed in another way.

The carrier bag charge is again a good example of this, as it encourages consumers to reuse their shopping bags time and time again – removing the need to recycle or dispose of them to a significant degree.

Other plastics can be reused too, for example solid clean polystyrene might be broken down to produce packing chips, while plastic bottles can easily be rinsed and reused with no processing required.