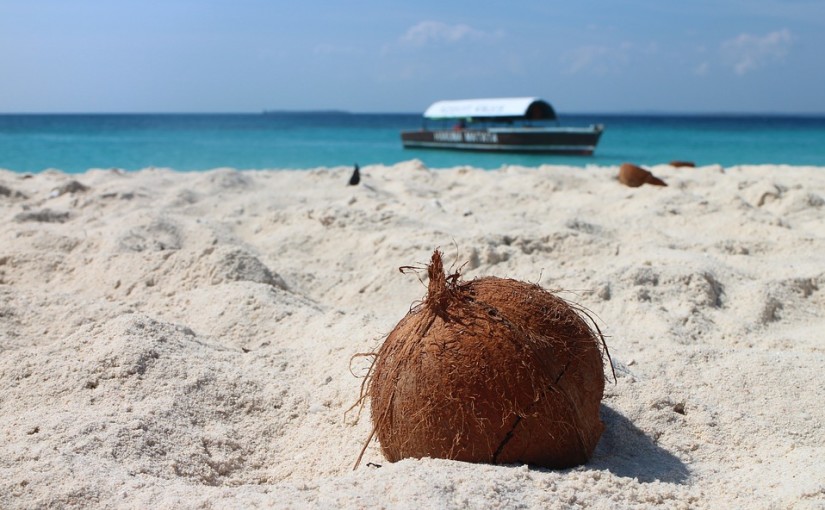 You may have heard talk of coconut oil, and wondered what all the fuss was about. After all, for many years we were told that all fats are bad. Now, it has come to light that this is not the case, and saturated fats, which were always frowned upon in the past, aren’t the artery-cloggers they were once portrayed to be. In fact, our body needs ‘good fats’, which is what coconut oil is; it is packed full of healthy fatty acids too, including Lauric Acid (which also exists in breast milk!)

So, what are the benefits of using coconut oil?

It has been discovered that coconut oil offers many health benefits for the human body, including antibacterial, antimicrobial, and antifungal properties. So, whilst ingesting it is good for you, so is applying it to your skin. The best part about it all? Buying one product in bulk to perform all of the tasks below means you are cutting down on your waste output significantly! Imagine how many bottles and containers you are cutting out if you just use a large jar of coconut oil for all of the below. Coconut oil is, therefore, a great choice if you’re wanting to move towards a zero waste lifestyle. Let’s take a look at how you can use it.

Replace your other cooking oils with coconut oil. Coconut oil is non-toxic when heated and has a much higher smoke point than most cooking oils, meaning it is safer to use at high temperatures and its flavour won’t be altered or ruined. Often claimed as the healthiest cooking oil, coconut oil used in frying or baking can help you lose weight, improve your memory, help you fight infection, help you lower your cholesterol and blood pressure, and more. Also, it tastes delicious!

It may sound a bit mad to rub an oil into your facial skin – especially if you suffer with spots – but moisturising your face with coconut oil is great for your skin; people claim it rids them of dry patches, levels out oily areas, softens their skin, and makes their wrinkles look less pronounced. When I use it on my face, I feel it gives my skin an almost airbrushed appearance. You can also use the oil elsewhere on your body. It is reportedly good for some eczema and psoriasis sufferers, no doubt due to the fact it is a singular, natural ingredient.

Oil pulling is the act of swishing coconut oil (or other oil) around in your mouth, and ‘pulling’ it through the gaps in your teeth, for up to 20 minutes at a time. It is said to whiten teeth, freshen your breath, fight bacteria, and decrease plaque levels. It has also been claimed to pull toxins from the body, but that has yet to be proven. Make sure you spit into the bin and not your sink if you try this, so you don’t block your drains.

Use alone as a toothpaste, or mix with baking soda. Simple and effective, and much cheaper than regular toothpaste – not to mention a lot less packaging! Whichever toothpaste recipe you opt for, make sure you spit the mixture out into a bin afterwards, as you don’t want to block your pipes with it.

Coconut oil can be blended with just a couple of other natural ingredients to create a paste with can then be applied to your underarms as a deodorant. With questions being raised about the safety of aluminium in regular deodorants, why not try a natural alternative and avoid the risk altogether?

Coat your hair in coconut oil before bed – concentrating on the dry ends – then wash it out the next morning. Or apply it in the daytime, but leave it on for at least half an hour before washing out. Some people also rub it into their scalps at the same time to help eradicate dandruff, but I wouldn’t recommend that if you have greasy hair. Coconut oil nourishes your hair, leaving it silky soft and shiny.

Mums and Dads have reported that coconut oil is fantastic at clearing nappy rash up on their babies’ bottoms, and a little bit goes a long way. It also smells a lot nicer than the traditional nappy rash creams.

There is strong evidence to suggest that regular consumption of coconut oil can be hugely beneficial to the human brain. There have been many cases of people who have Alzheimer’s Disease experiencing dramatic improvements in their brain function due to a spoon or two of coconut oil per day. This is because coconut oil contains a certain type of fat, which helps our body make more ketones, which are needed to give the brain energy. Those without Alzheimer’s Disease have also reported mental improvements, too.

Why should humans reap all the benefits? Your pets can safely consume and wear coconut oil too – in fact, some dogs and cats love it! Eating it or bathing in it is great for their coat, and consuming it has the extra benefits for them of being a source of fuel and energy, and aiding digestion.