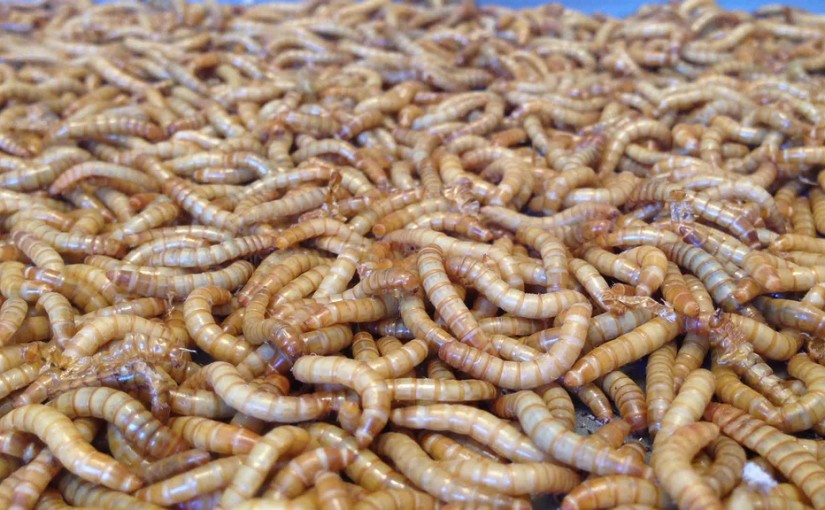 Litter is a huge problem worldwide, and the news has been full of reports surrounding marine waste pollution in particular lately – most of which is made up of plastics, including single-use carrier bags, bottles, or microbeads. As has been reported recently, this toxic waste is having a detrimental effect on wildlife, marine life, and our planet’s environment in general.

Science Alert published an article yesterday which announced that researchers in the US and China have conducted studies which found that the humble mealworm could be able to help us with our plastic problem. It has been found that this larvae can safely eat and digest plastics such as styrofoam, which are otherwise unrecyclable and therefore get sent to landfill, or end up littering our streets and oceans.

The mealworms which have been eating these plastics have remained healthy throughout tests, and their droppings also appeared safe to use as soil on crops. The mealworms biodegrade the plastics in their gut, meaning that what they pass out of their system in stools is environmentally fine.

This research could be a breakthrough in waste management. With further research, scientists could find a way to mirror the worm’s stomach enzymes and successfully degrade plastics previously sent to landfill. And, could a marine animal also do what the worm has proved it can do?