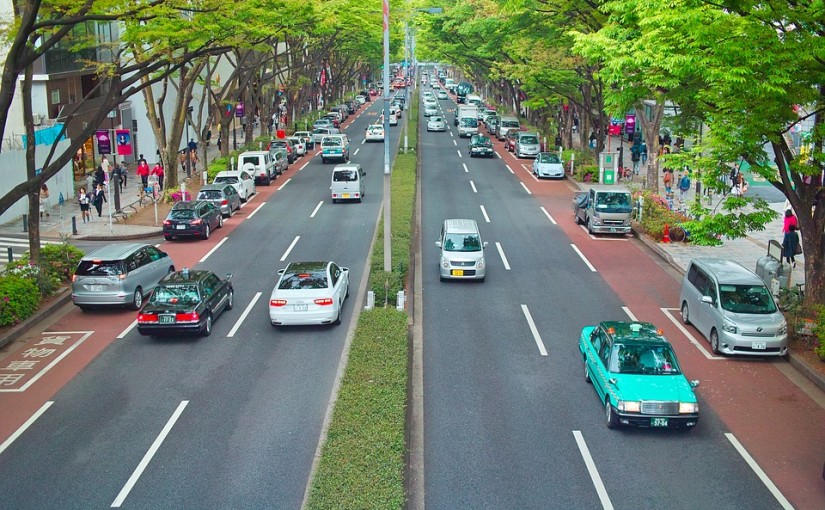 Whether you have visited Japan or not, you will have no doubt heard that Japan is perceived as a very neat and clean country. Visitors are often taken aback by the lack of litter – especially in cities, which conversely seem to have an absence of rubbish bins in which to place said litter. This article looks at how Japan reached this level of cleanliness, how it is maintained, if it is true of all of Japan, and what we can learn from this to tackle the UK’s litter problem.

Japan currently has a 77% recycling rate as a nation; compared to just 20% in the USA and around 36% in the UK. These figures alone show how committed to recycling Japan is, and this passion for waste management seems to pass over into litter too.

Japanese culture contributes greatly to this litter-free environment. The Japanese don’t really do ‘eating on the go’, which can contribute to a lot of litter in other countries. Alongside this, as a people, the Japanese generally have a large concern about what others think of them – because of this, they would not want to be seen in the street to be littering or not recycling.

Japan’s lack of street litter is particularly interesting and impressive, as residents have to pay to have home rubbish collected; they purchase designated bags for their waste, which they then have to take to a collection point. This combined with the lack of public bins would, in the UK, cause a huge litter problem I am sure!

After their team lost a World Cup football match against Argentina last summer, the Japanese fans made the news worldwide by cleaning up the Brazilian stadium before they left. This wasn’t an organised effort; this is simply what the Japanese do. It is a shame that it was so newsworthy, but it really was quite shocking behaviour, and entirely admirable. They collected all types of litter, from abandoned plastic bottles to tiny pieces of confetti.

Japan’s culture & the background of waste

Before the 20th century, Japanese culture focused on reuse, and very little waste was created. Many items were made from wood, and were built to last. When they broke, they were repaired. People collected scrap bits of paper littering roads, which was then turned into toilet paper.

During the 20th century, rapid economic growth led to mass production of disposable items. This huge change caused problems with waste levels, which in turn caused large environmental issues. Also, it was realised that Japan does not have a lot of room for landfill. Combined, this caused a change in thinking. Authorities pressed moral and environmental issues onto their people, and progress in recycling began.  Since the year 2000 in particular, the Japanese have been very conscious of waste and recycling. Laws have kept businesses up to date with recycling too.

Nowadays, Japanese school children are encouraged to clean up after themselves from a young age; they are put into teams and they clean up classrooms and hallways in their schools using a rota system. This instills morals regarding waste and litter from the very start.

Despite all of the above information, I must admit that Japan isn’t perfect; litter does occur outside nightspots on a weekend, thanks to drunk salarymen, tourists and locals who don’t care about societal norms – although it is usually quickly cleared up. But some litter isn’t picked up, and it’s this litter that makes its way into Japan’s waterways and eventually, the sea.

Many of Japan’s beaches are littered with a mix of litter dropped on the sand by sunbathers, and litter washed up from the sea. Does this litter prove that the Japanese aren’t so well behaved regarding litter and recycling when nobody is watching?

What can the UK learn from Japan?

Unfortunately, many aspects of the Japanese approach to waste and litter management wouldn’t work in the UK. As mentioned above, if our councils charged us to collect our rubbish – and not even from our homes – there would be uproar. There would also be a dramatic increase in littering and fly-tipping. Cutting down on bins would have much the same effect.

Sadly, the cultural difference means Japan’s tactics aren’t very transferable. How nice it would be, however, if us Brits could take a leaf out of Japan’s book – dropping less litter and picking up the litter of others would be a great place to start.