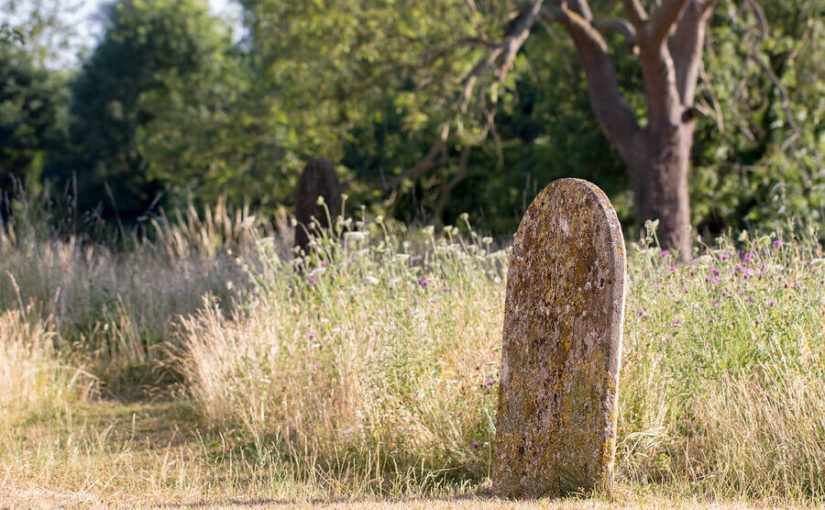 While we usually tackle eco-friendly matters of life, this blog is instead going to look at the matter of death and your choices for what happens to your body.

According to the Cremation Society of Great Britain, 75 per cent of the population currently opts for cremation after death, with the majority of the rest choosing traditional burial.

While the population is ever-keener to live more sustainably, it would appear that not many of us are considering our post-life choices and how they could be changed to be kinder to the planet.

Are the traditional methods eco-friendly?

Many perceive traditional burial and cremation as eco-friendly but when you delve into the processes you find out that they are not quite as planet-friendly as they seem on the surface.

If you are arranging for a viewing of a loved one, planning an open coffin funeral, or having a deceased relative transported abroad, then you may be told that the body needs to be embalmed.

The function of embalming is to delay the decomposition process. Some funeral parlours insist on the body being embalmed despite this not being essential.

Embalming is, in fact, only required by law in the UK when the body is being transported abroad. However, it does help bodies look more ‘alive’ and may, therefore, be preferred by some in other cases — such as those mentioned above.

Embalming fluid is a cocktail of drugs including formaldehyde, which is toxic to humans and a potential carcinogen. Through cremation and burial, these chemicals then leach into the air, earth and waterways.

Every flame cremation is unique, but each takes between 45 minutes and 90 minutes per person and all release greenhouses gases alongside other chemicals that may be present in the body, such as mercury.

Mercury burnt in flame cremation is believed to be the cause of 16 per cent of airborne mercury emissions in the UK.

When it comes to pollution, a typical cremation is apparently equivalent to a 500-mile car journey.

However, cremation is eco-friendlier than traditional burial.

You’d be forgiven for assuming that burial would be good for the planet, but traditional burial methods are not. This is because of several factors.

Coffins are often made of wood, which is generally not sustainably sourced. Sometimes, coffins are placed within a burial vault too, which are usually manufactured from concrete.

There’s also all of the copper, bronze and steel fixings to take into consideration. Not to mention water to maintain the burial grounds.

Are the newer methods more eco-friendly?

Below we look at the modern methods of water cremation and natural burial.

Alkaline hydrolysis is, at the time of writing, not available in the UK; however, there are crematoriums in the UK that are interested in going ahead with it.

In this process, also known as water cremation, the body is broken down using lye and heat over three/four hours. Much like flame cremation, the remains are reduced to bone ash.

Water cremation produces a third less greenhouse gas than flame cremation and requires only a seventh of the energy.

This option is available in the UK.

There are natural burial grounds scattered around the UK (and worldwide) and in these places it is legal to bury a body in a manner that encourages natural decomposition rather than inhibiting it (as traditional burial does).

The body is buried in a shallower grave than in a standard burial and often in a fabric shroud or a coffin made from sustainable materials that will decompose quickly. No embalming will take place.

There are no tombstones in natural burial grounds and the sites are often not visually recognisable as a burial ground either.

What are your plans for your death? Would you consider water cremation or a natural burial? Let us know in the comments below.