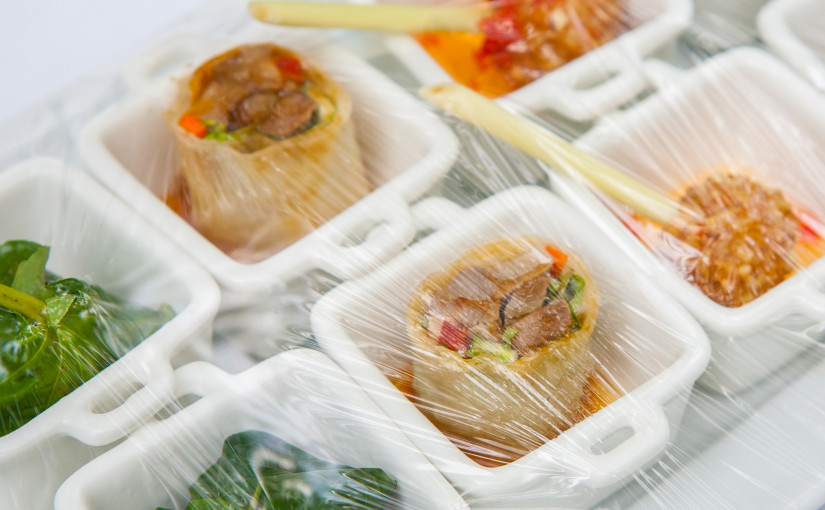 Cling film – or plastic wrap, as it is known elsewhere in the world – is a thin plastic film which clings to itself or other smooth surfaces, meaning it can handily cover food without the need for any extra devices or fasteners. Cling film can be made from a variety of plastics, however the original and most popular material is polyvinyl chloride (PVC). Not only is there talk of this plastic being harmful to human health, it is also a single-use product, meaning it is ending up in landfill and in our oceans where it is causing harm to the environment and nature.

What is the threat to human health?

Plastic is made up of chemicals, and there has long been concern surrounding the leaching of these chemicals into the natural environment, and transference of them into our food and drink. This worry has led to the recent popularity of ‘BPA-free’ plastics for food and drink storage. However, the main problem with cling film occurs when it is heated up:

“Even Cancer Research UK, which has so far been sceptical, is now warning that cling film should not be allowed to touch the food it is covering during microwaving.”

How does cling film impact on the environment?

Like other non-recyclables, plastic food wrap ends up on landfill at best, and as litter on land and in the sea at worst. On landfill it will sit and possibly leach its chemicals for years, not degrading, and elsewhere it will do the same, whilst also being a risk to wildlife or fish who may get caught up in it or eat it.

How to replace cling film in the kitchen

Replacing cling film in the kitchen is easier than you might think. Here are some simple ideas on how to do it:

Other common uses for cling film

Cling film isn’t just used to cover food, and here is a list of some other uses. Let us know in the comments below if you can think of alternatives for these uses: