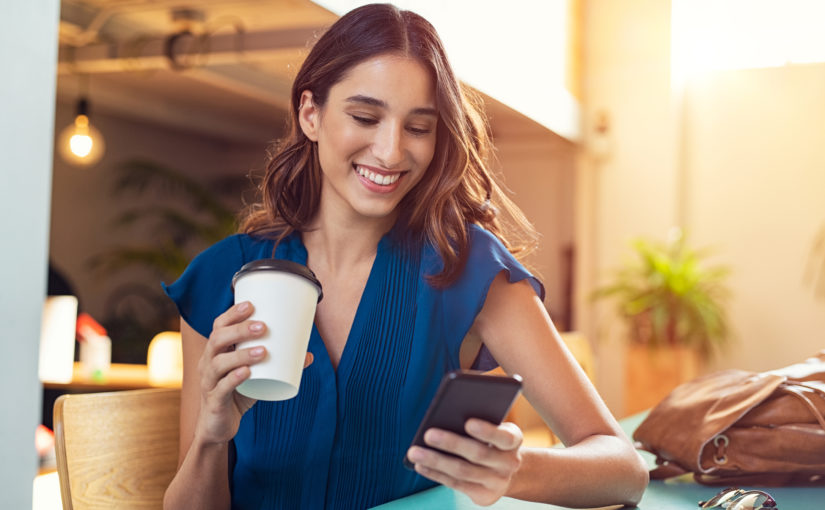 In just six months of the Leeds By Example campaign, Forge Recycling has collected 600,000 coffee cups from drop-off points around the city centre. That is 600,000 cups that have been diverted from landfill.

These cups have all been lightly sorted, compacted, and delivered to the James Cropper recycling facility in Burneside, Kendal. There, they are stripped down, with the paper being removed and then used to make new products.

Alongside the coffee cup success, 65,000 cans and 55,000 plastic bottles were collected by us during the six-month period in Leeds.

Overall, the amount of recycling-on-the-go taking place in Leeds city centre has doubled since the start of the project. 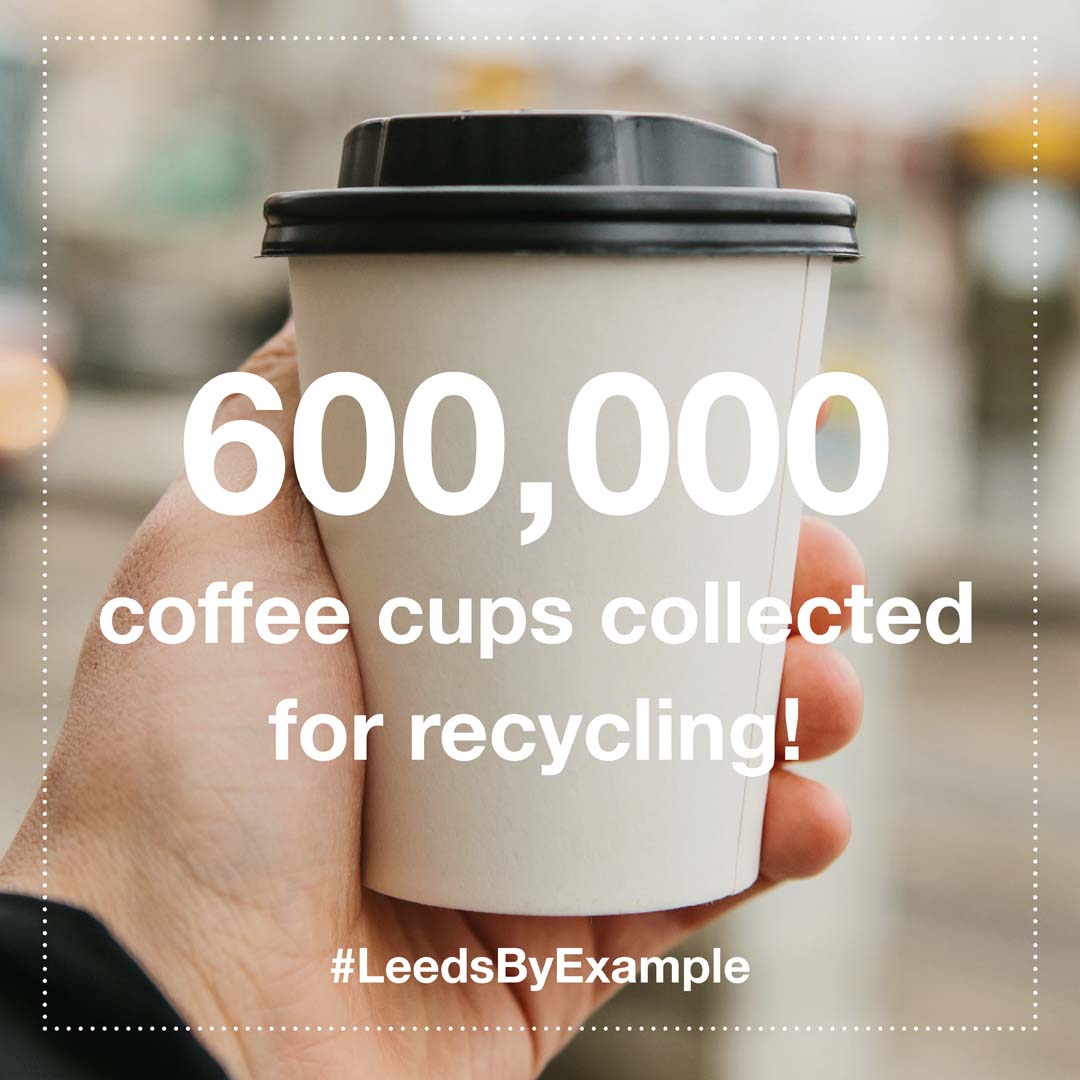 Findings from the Leeds By Example campaign 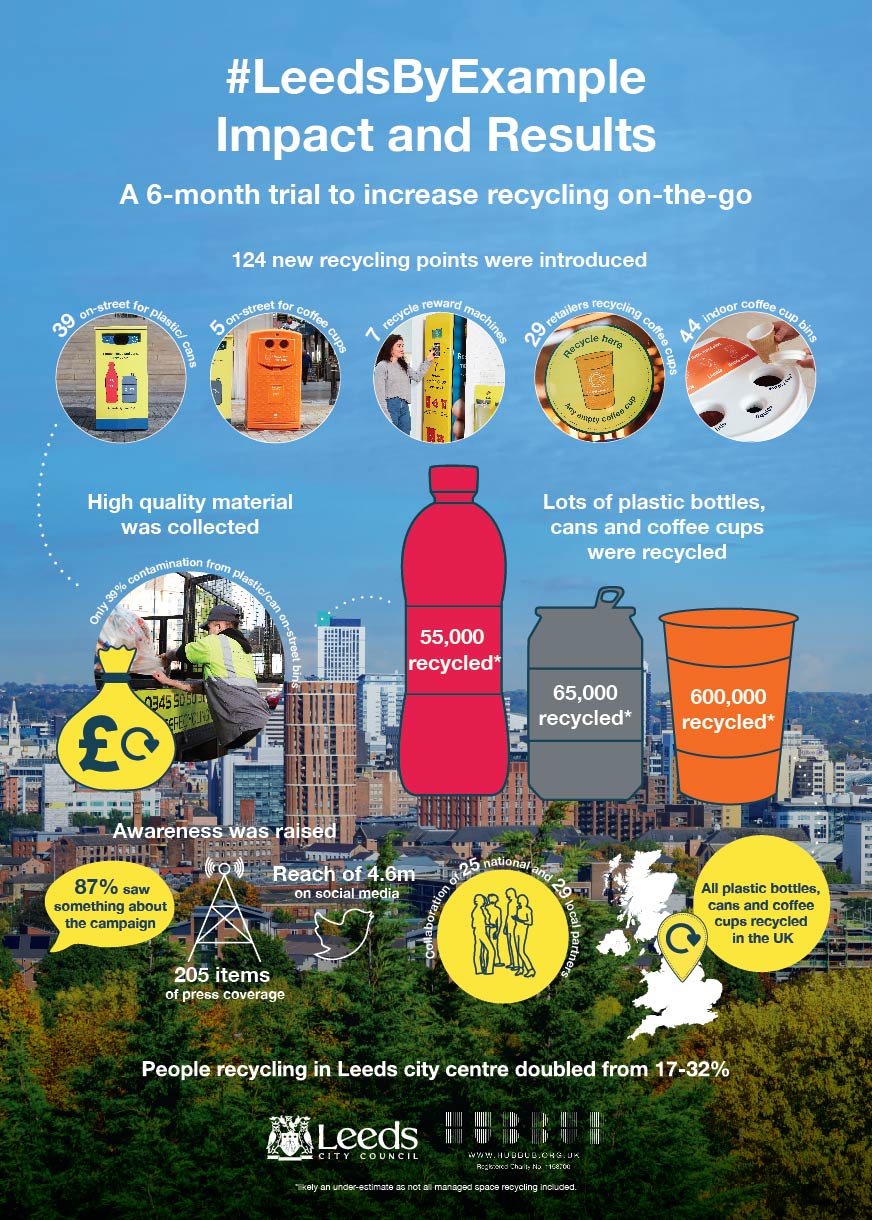 “When it comes to recycling the packaging we all use, too often the onus is on local authorities to tackle this issue alone. The success of Leeds By Example shows what can be achieved when partners work together to share expertise, grab public attention and change behaviour. Lack of infrastructure and unclear messaging is a major barrier to recycling in the UK, and results from our trial have shown the importance of new recycling bins supported by a clear, concise call to action. “We’re thrilled with the campaign’s success so far and it’s the start of a wider ambition – to create a legacy for Leeds and a tried and tested replicable model for other cities to follow. We’re already looking forward to rolling out the campaign to Edinburgh and Swansea in September and we encourage other cities to get in touch about the possibility of launching in their area in 2020.”

“It’s great to see the Leeds by Example trial has seen numbers of people recycling on the go double in just the space of six months. The message is clearly getting across to people and the various city centre recycling options and incentive machines have been widely used. We are hearing great things from people across the city which is why we are very pleased to see the extension of the scheme to include even more opportunities for recycling in our city centre.” 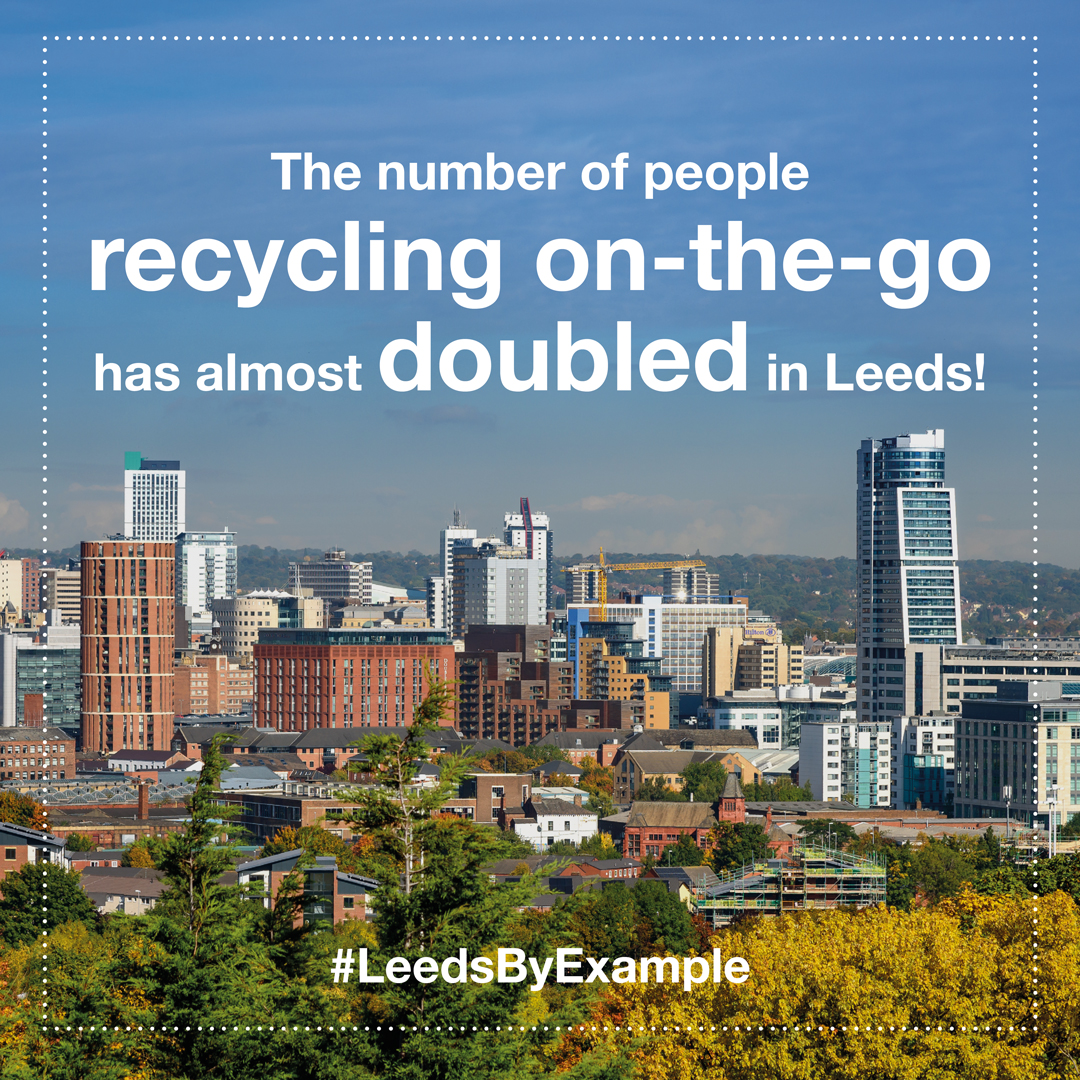 Future plans for the Recycling on the Go initiative

For further information on Leeds By Example and to get involved visit www.leedsbyexample.co.uk.