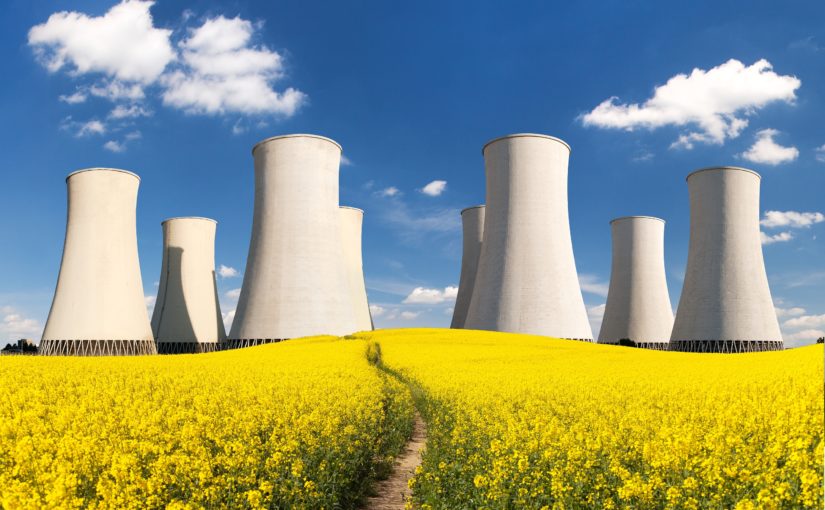 If you watched Chernobyl recently, then you may have had your first insight into the world of nuclear energy.

If you didn’t see Chernobyl, then it was an HBO mini-series based on the true story of the Chernobyl nuclear disaster.

The accident took place on 26 April 1986, and you can watch the eye-opening trailer for the show below.

So, what is nuclear energy, how is nuclear waste produced, and how do we, as humans, safely deal with the waste?

Read on to learn more on this fascinating subject.

What is nuclear energy?

In the 1930s, it was discovered that a large amount of energy could be produced by splitting a large atom in two.

It was then found that if you arrange these atoms in a certain way within a machine, one atom splitting can set those next to it off, and so on.

This causes a chain reaction and creates an incredible amount of energy.

The machine used to contain this reaction is called a nuclear reactor, and it converts the created energy into electricity.

These reactors are housed inside nuclear power stations.

The electricity produced is used in all the same ways as electricity that is made from other methods.

What is nuclear waste?

When a large atom is split, the remaining two smaller atoms are left with energy to expel.

The energy that they expel is called radiation, and this can take up to thousands of years to fully disperse.

This radiation is highly dangerous if it escapes into the biosphere before it is deemed safe for it to do so.

The explosion and fire in the no. 4 reactor at Chernobyl caused the radioactive waste to escape into the atmosphere, with devastating consequences.

The contamination from the Chernobyl disaster spread as far as Belarus, Ukraine, Russia, and beyond.

How is nuclear waste disposed of?

Used nuclear fuel is often stored underwater for five years and then moved to dry storage, where it rests for a long time before its final disposal.

High-level nuclear waste is often stored for around 50 years before disposal, due to the waste becoming less radioactive over time.

The final disposal takes place deep underground when it is deemed safe enough for this to take place.

Why is nuclear waste dangerous?

Nuclear waste includes the fuel in the reactor but also the equipment that has touched it.

From time to time, this equipment may need replacing.

Nuclear waste is radioactive, and exposure to this type of waste can kill human cells or damage them in a way that causes DNA mutations which can often turn cancerous.

The official figure was in the hundreds, but it is estimated that the Chernobyl disaster realistically took the lives of around 6,000 people.

Nuclear vs other energy methods

There are, as you might expect, many arguments against this method of energy production.

There are, quite understandably, concerns about safety regarding both human health and the planet itself.

It seems very old-fashioned to be creating nuclear energy at a time when clean and safe sustainable methods are available.

What are your thoughts on nuclear energy and nuclear waste? It’s a divisive subject, so let us know in the comments below!