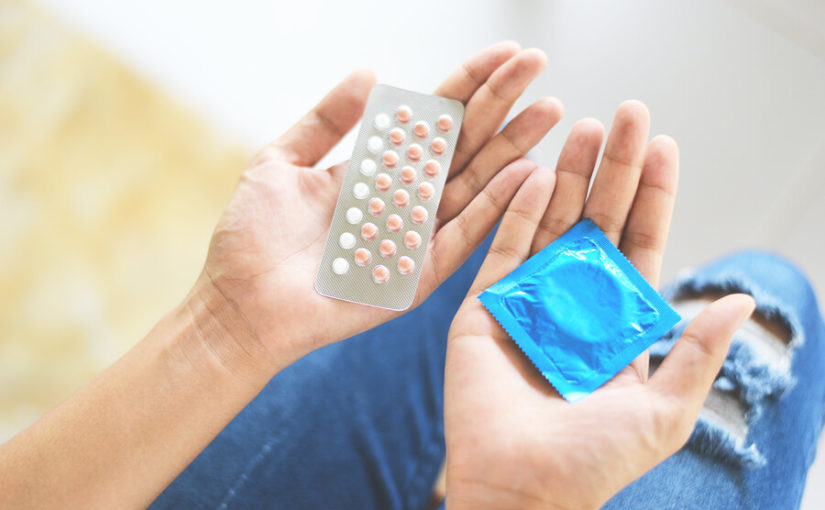 Often, people tend to choose birth control based on a number of factors.

For example, a woman in a long-term relationship might choose to take the contraceptive pill — although she may have to try several until she finds one that works with her body.

A woman engaging in casual sex would ideally use condoms, but might also use a second method of protection to be extra careful.

However, on top of this, a discussion has been building around the environmental impact of birth control. So, let’s take a look at this now.

In this section of the article, we’ll take a look at some of the most popular birth control options in the UK.

There are a large number of birth control pills available — including the combination pill, the mini pill, and the low dose pill.

When taken correctly, the birth control pill is 99 percent effective at preventing pregnancy.

However, most people don’t take it perfectly and so it is thought that the true effectiveness is more likely to be 91 percent.

9 out of 100 people who take the pill as a form of birth control get pregnant each year, which outlines the importance of taking the pill exactly as you are told to.

So, how eco-friendly is the pill?

There are concerns about the pill and its impact on the environment.

Ingested by those who take it, the hormones then leave the body via urine and make their way into the UK’s waterways.

Environmental agencies worldwide have found that exposure to birth control hormones has had an astonishing impact on fish — altering their genes and changing their behaviours.

Male fish produce eggs in their testes, reproduction is disrupted and delayed, and damage has been noted to the kidneys and livers of fish, too.

Having said that, more conclusive research needs to be conducted, as it has been suggested that other chemicals could also create these effects and to a larger degree.

When considering the pill and its impact on the environment, it is also worth mentioning that the pill comes packaged in blister packs and cardboard packaging, so make sure you recycle those where possible.

Used perfectly, condoms are 98 percent effective at preventing unwanted pregnancies but, as perfection is rare, the real statistic is more likely to be 85 percent.

Used as the only form of birth control, 15 out of every 100 women or people with a female reproductive system who use condoms will fall pregnant each year.

Reasons can include the condom not being worn throughout, condoms being out-of-date, and condoms not being fully unrolled.

Having said that, condoms are the only birth control method that protects against unwanted sexually transmitted infections and diseases when used correctly.

So, if the person you are sleeping with hasn’t had a recent sexual health check, it is essential that you use a condom to protect yourself — despite any other birth control you might be using.

Likewise, if you haven’t had a recent sexual health check.

So, what is the impact of condoms on the environment?

In addition, many condoms contain an animal by-product called casein, derived from the milk of cows and goats. These condoms are therefore not vegan or cruelty-free.

However, there are eco-friendlier options on the market — vegan, natural condoms exist, such as Hanx and GLYDE, which are made from fairtrade rubber and are fully biodegradable.

Most importantly, when you use condoms, please bin them after use rather than flushing them down the toilet. Not only can they block toilets but they can cause all manner of issues in rivers and seas.

The packaging of condoms is also an environmental issue but one that is difficult to get around as each condom needs to be packaged in a manner that is individual and uncontaminated before use.

Also known as “the coil” or “the copper coil”, the IUD is a small T-shaped device made from plastic and copper that is inserted into the uterus, where it can remain for between five and 10 years.

The IUD is 99 percent effective as birth control when correctly inserted and doesn’t require you to remember anything daily, weekly, or monthly.

The IUS (intrauterine system) is similar but releases progestogen into the body, whereas the IUD is hormone-free and relies on copper alone to prevent pregnancy.

With no hormones involved and only one small device used every five to 10 years, the IUD is possibly the most eco-friendly option for birth control — but it doesn’t suit everyone.

In addition to the above eco merits, the IUD often results in the user experiencing lighter or no periods, which results in less menstruation waste being produced too.

Following these surgeries, you would be able to engage in sex without birth control or with condoms, depending on your partner and circumstances.

All contraception is eco-friendly

A big claim, we know, but many experts state that any birth control is eco-friendly compared to a growth in population numbers.

Humans are our planet’s number one ecological threat and so, by preventing unwanted pregnancies, birth control must be given its due praise.

However, you need to choose a method of birth control that, firstly, is right for you.

From there, you can make the most eco-friendly choices — be it using the most natural and biodegradable condoms or contacting your pill manufacturer to request that they make their packaging more environmentally friendly.

While we are looking at birth control from an environmental standpoint, please remember that birth control is a personal thing and what suits one person will not suit another.

Your personal health is important so please always consult a GP or nurse before making a decision regarding contraceptives.

We haven’t covered all options in this blog post — there are others to consider, including the implant, the patch, and injections.

Please also remember that only abstinence or condoms can protect you against unwanted sexually transmitted infections and diseases.