Forge Waste & Recycling is pleased to be working with the Cosmopolitan Hotel in Leeds city centre, providing it with a reliable and worry-free waste management service — including capped prices for easy business budgeting.

We have worked together to solve the waste management problems created by its previous waste management companies, such as untimely and missed collections, and the Cosmopolitan Hotel is now receiving the service it wanted and needed all along — at a better price, too!

The General Manager of Cosmopolitan Hotel, David Hartzig, said of the hotel's partnership with Forge:

"Since we changed waste suppliers the service provided has improved considerably with bin collections that suit our business (as a hotel, noisy lifts at 4am were not ideal) and they are always on schedule without the odd collection being missed. In addition to this, our annual costs have reduced on wastage with prices being capped for a period of time so we can budget for the year without the fear of significant price increases. It is a rare thing but the waste collection guys are always really friendly and when on site they always clean any additional rubbish so our courtyard is always rubbish free. Can’t recommend Forge enough, thank you."

Forge Waste & Recycling is delighted to provide a bespoke waste management service for Northern Ballet — a popular and well-known dance company based in Leeds city centre.

Having moved its waste management to Forge Recycling from a large national company, it is now much more aware of what happens to its waste once it has been collected, and it is enjoying a 35% reduction on its waste management costs too. This means it is saving money while being more eco-friendly, and working with a local company.

"We changed to Forge Recycling from one of the major companies. What a refreshing change, Forge Recycling gives us the service we required with the knowledge that all our waste is being treated in the correct manner. Using a local firm also cuts down on Co2 emissions from vehicles and saved around 35% on our costs. Would have no reservations in recommending Forge Recycling to other businesses."

Forge Recycling is delighted to announce that we are now working with the Merrion Centre in Leeds city centre, where we will be providing a bespoke daily total waste management service.

The Forge team are very excited to be working with one of the most iconic shopping centres in Yorkshire, and, in fact, the first ever shopping centre to be built in England. First established in 1964, the centre provides retail, office and leisure facilities, and is frequented by over 11 and a half million visitors annually. 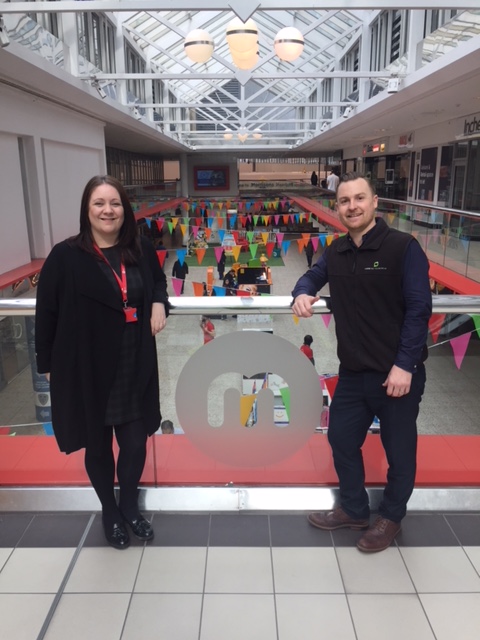 We will work in tandem with the Merrion Centre management team to cut costs and improve environmental performance in the upcoming months. This will be achieved by improved single stream segregation including general waste, plastics/tins, paper, baled cardboard, and food & glass collected on a daily basis.

Regular reporting alongside open communication and close working relationships will be pivotal in increasing the Centre’s recycling percentages and reducing their general waste collections. Forge Recycling’s Leeds-based operations team and depot is based around 1 mile from the Merrion Centre.

A national broker was utilised by the Merrion Centre in previous years and waste collection was viewed as a broad-brush approach. Here at Forge, we offer a more personal approach, providing flexibility to meet the waste needs of the Merrion Centre.

More recently, Forge has teamed up with Leeds BID to provide an improved commercial waste and recycling service for the city centre. The Merrion Centre has benefitted greatly, securing preferential rates and bespoke services including a designated man-in-a-van and skip service, along with improved confidential shredding options with Forge Recycling.

The team will endeavour to ensure the service delivered goes above and beyond expectations.

“Following Forge Recycling successfully winning the Leeds Bid tender, the Merrion Centre entered into discussions on what they as a service partner could bring to our business.

We were not only impressed by the level of service available but at the value for money and the friendly personal service. It is clear Forge’s work ethic compliments the Merrion Centre’s values.

The Merrion Centre aims to send zero waste to landfill and the introduction to Forge’s services is another big leap to us achieving our objective”. 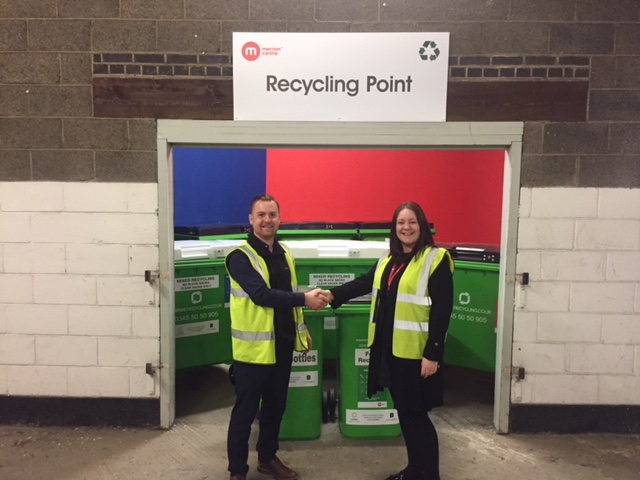 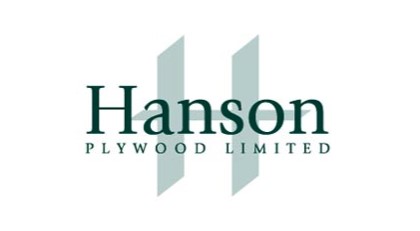 Prior to Forge working with Hanson Plywood Limited, they had been supplied with just RORO general waste bins on site – meaning a poor deal for the environment and for their pockets. Forge initially provided an FEL for cardboard and 1100L bins for mixed plastic packaging in addition to a RORO for general waste.

Over 12 months, Hanson Plywood Limited has grown as a business, as has their commitment to recycling. To tackle the increase in waste material, further on-site separation of wood and metal has been implemented.

This high recycling figure has been achieved due to the changes made to Hanson Plywood’s waste management services. They now have the following waste containers on site: 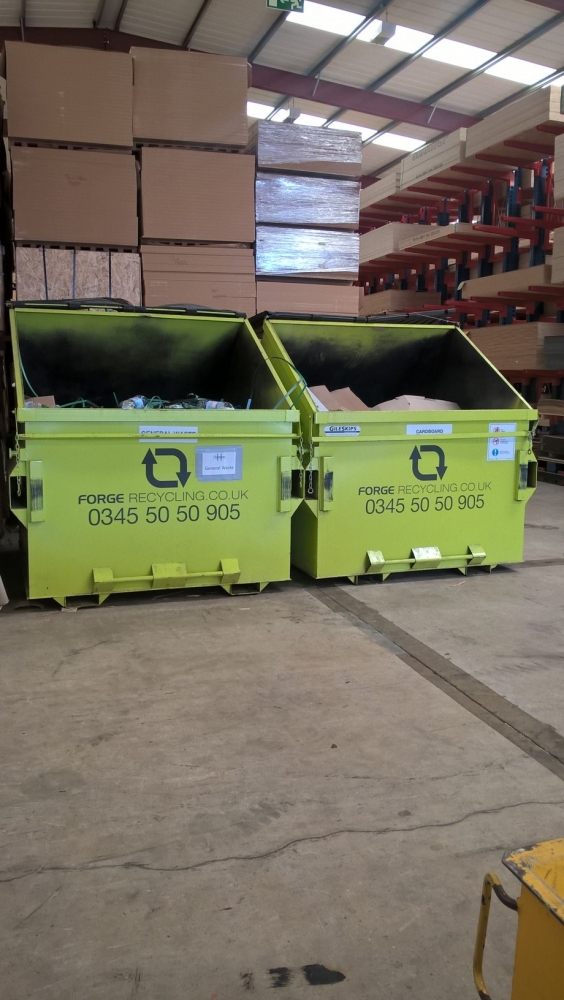 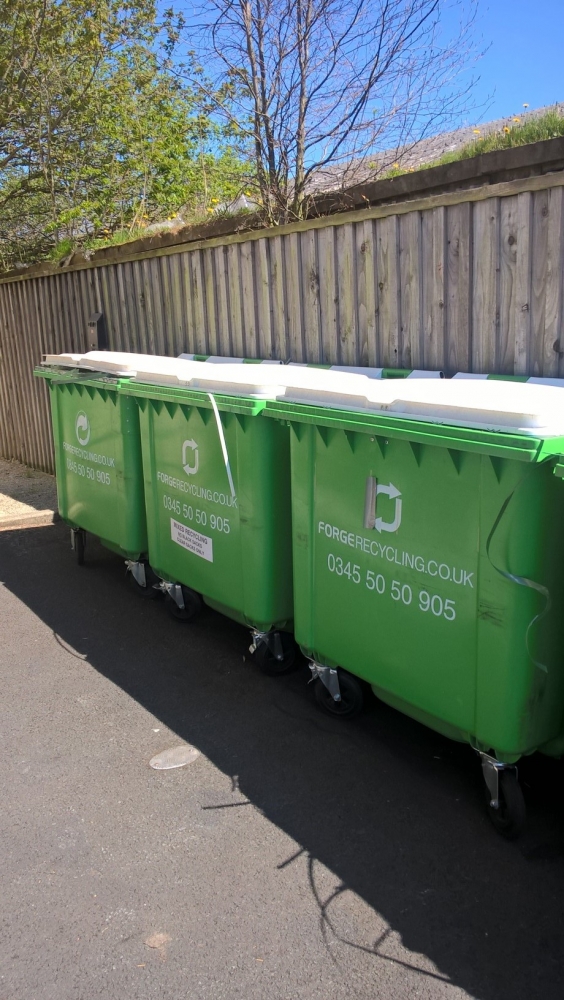 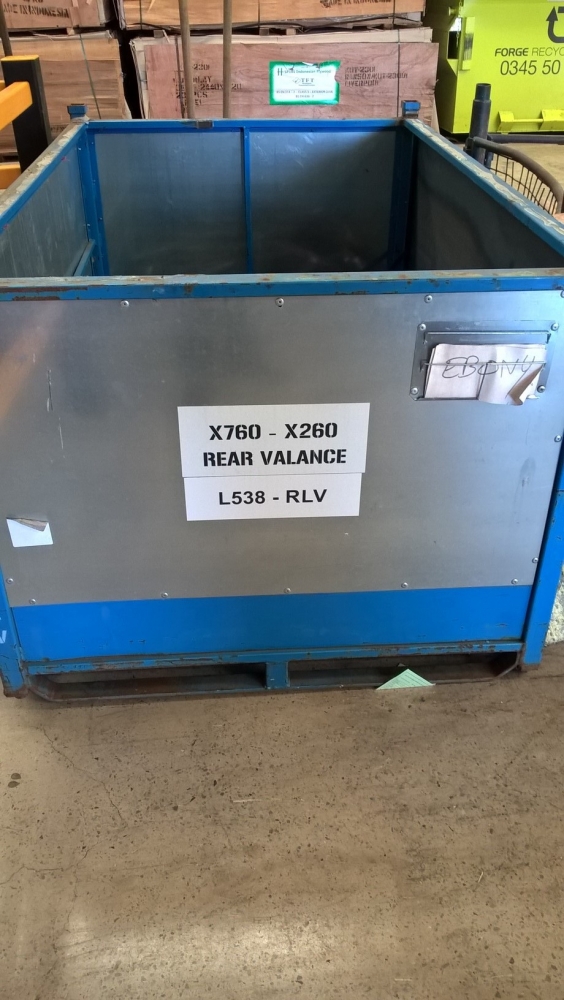 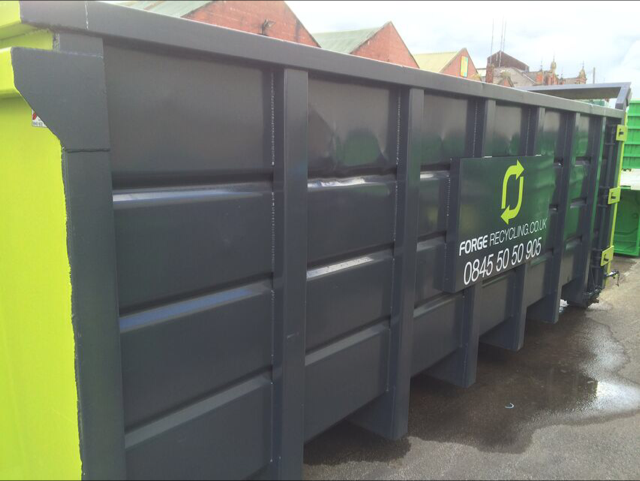 Joe Walshe of Hanson Plywood (below, left) has been an advocate for change to improve the waste management system on site. For this, our Commercial Manager Chris Hale (below, right) was pleased to present the company with a Certificate Of Environmental Achievement. 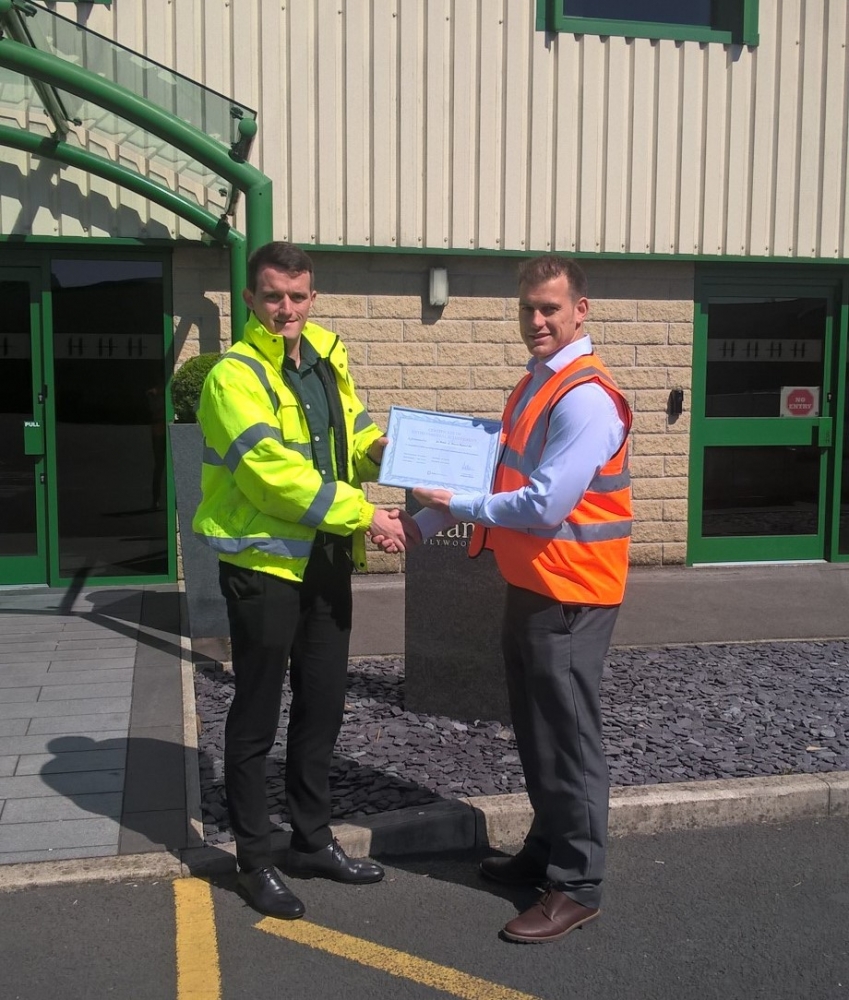 Joe Walshe said, “Forge Recycling have been an excellent partner in our mission to reduce our environmental impact. The implementation of their waste management service has assisted us in the certification of our Environmental Management System to ISO 14001 standard. Their transport department communicate brilliantly on collections and Chris has been very active in ensuring that we reduce the cost associated with our waste while increasing our recycling percentages.”

Forge Waste & Recycling are delighted to provide a bespoke waste management service to Crossgates Shopping Centre in Leeds, which houses over 60 shops, cafes and restaurants.

Due to the nature of this business, the centre contains many individual retail outlets, which create a large variety of waste between them. 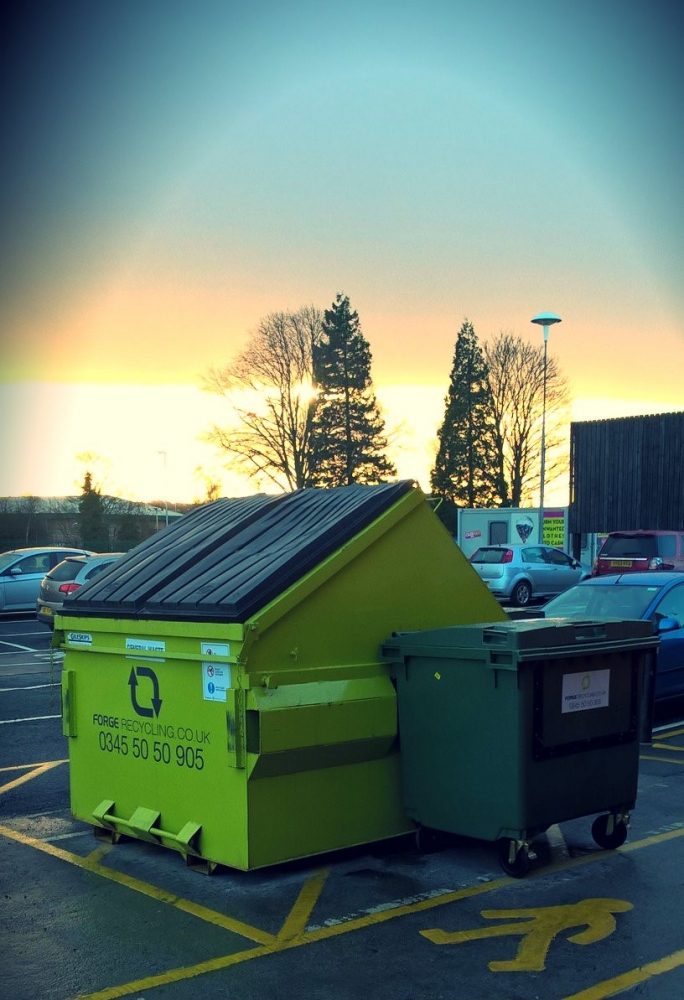 This setup meant that there were more than ten bins in each car park, taking up precious space.

Forge worked with the Centre’s management team to agree on the following setup instead:

• Larger FEL containers for general waste: three FELs collected multiple times weekly to reduce the number of containers / space taken on site.
• Separate dedicated collections of compacted cardboard and baled plastic, providing significant savings for the centre. Material separated into a single stream also increases recovery rates close to 100%.
• A hands-on service! We have provided the centre with a designated account manager; initially involved with design and implementation (meeting / working with the retail tenants) and now managing the ongoing service. 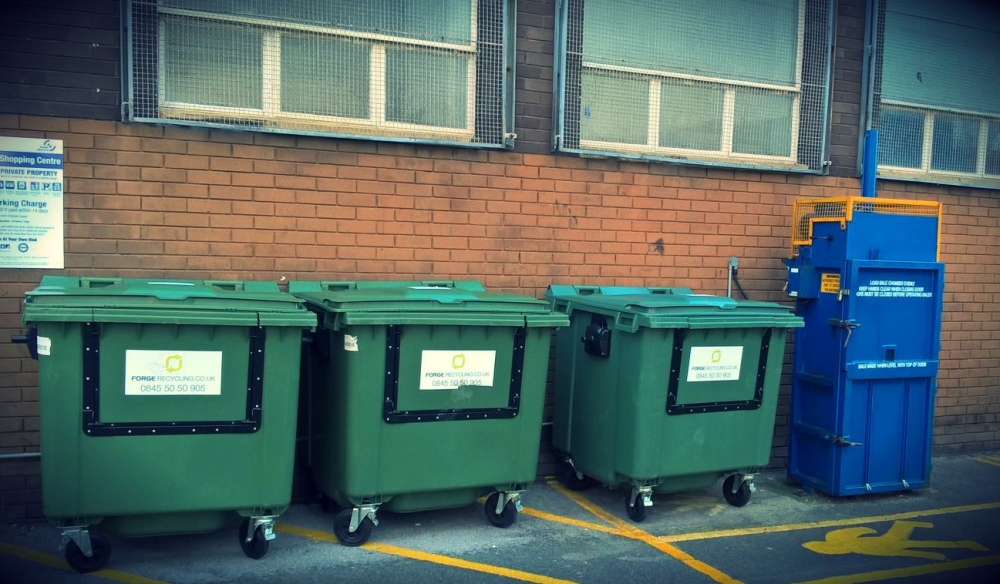 “The management team at Crossgates Shopping Centre have shown a willingness to explore different service options to achieve their clear commitment to recycle as much as possible, their efforts providing a positive environmental and economic return.”

Forge Waste & Recycling are proud to provide a bespoke waste management service to Moortown Golf Club, well-known worldwide as host of the first Ryder Cup on British soil back in 1929.

Forge are delivering a premium service while reducing collection costs for the Club from their old waste management provider. 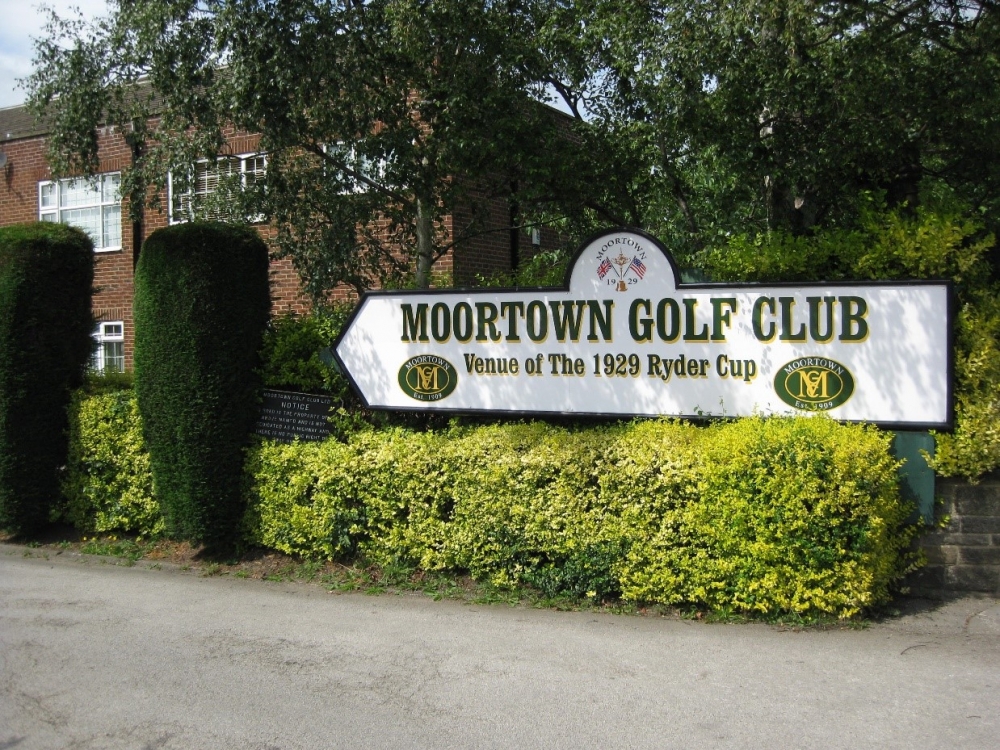 The Club has established excellent recycling practises, involving the separation of mixed recycling (card, paper, and plastics) into 1100L bins, and glass bottles into 240L glass recycling bins. For this recycling achievement, Forge are presenting them with an Environmental Certificate of Excellence.

The remaining waste from Moortown Golf Club isn’t sent to landfill, but is instead sent to a local MRF (Material Recovery Facility) which sorts it further and salvages all manner of recyclables.

We manage the waste at both the Leeds and Huddersfield sites of Roxy Ball Room, which are bars that feature gaming areas for games such as bowling, pool, ping pong, beer pong, and crazy golf. They also serve a substantial food menu.

Since we took over the waste management at the Roxy sites, their recycling rates have become really high, as we collect Mixed Recycling and Glass from both sites. This saves them money, and helps the environment. We also collect General Waste, which goes to RDF to generate energy from waste. After all, we send nothing to landfill! 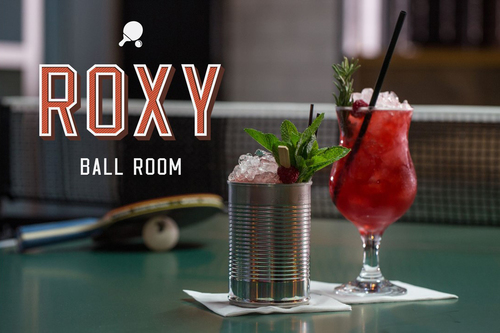 When asked about their Forge waste collection service, Ben at Roxy said we are local and easy to communicate with, and he's really keen on our dynamic service and our ability to react quickly to fluctuations in Roxy's waste collection requirements.

We won the contract at Safran Persian Restaurant in Leeds City Centre from a large, National supplier. The existing contractor had supplied 4 x 1100 litre bins and emptied them both twice a week. We have since made big changes; we have introduced recycling to the site, and cut Safran's waste costs as a result.

Our free initial waste audit identified that the existing bins on site were too heavy and also unveiled the fact that the site had no recycling system in place whatsoever.

We therefore arranged a contract to start as soon as possible.  We reduced the number of 1100 General Waste bins on site from four to two containers. This immediately helped to reduce costs for the customer.

We have also now supplied 2 x 240 litre bins for all their Glass Bottles, and 1 x 240 litre bin to separate and recycle all the Food Waste produced on site. Better for the environment, and their pockets. 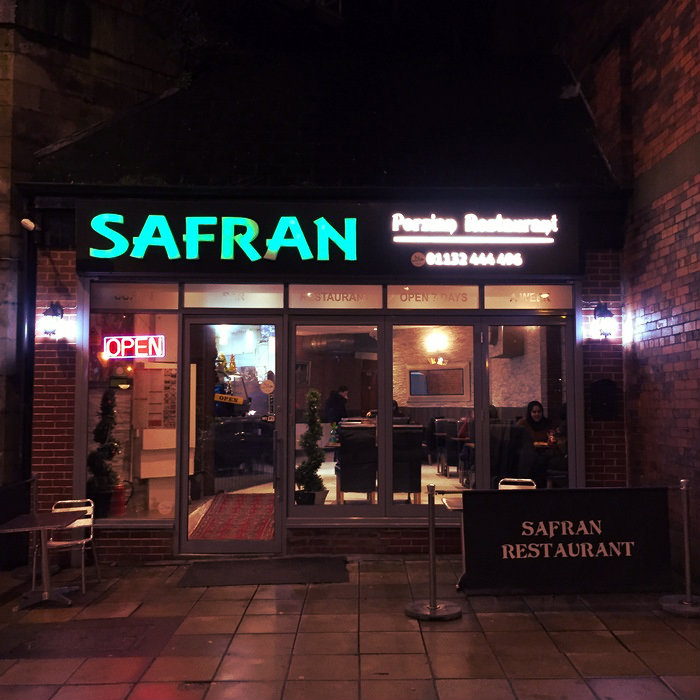 THROUGHOUT THE YEAR NEW DOCK HALL AT THE ROYAL ARMORIES IN LEEDS CITY CENTRE CATERS FOR CONFERENCES, BANQUETING, EXHIBITIONS AND WEDDINGS. THROUGHOUT DECEMBER THE SITE HOLDS CHRISTMAS EVENTS FOR OVER 11,000 PARTY GOERS.

FORGE RECYCLING COLLECT GENERAL WASTE, MIXED RECYCLING AND GLASS BOTTLES FROM THE SITE REGULARLY DURING THE YEAR, BUT DURING DECEMBER THE SERVICE GETS INCREASED DRAMATICALLY, TO MEET NEW DOCK HALL'S NEEDS. THIS IS AN EXAMPLE OF THE KIND OF BESPOKE SERVICE WE OFFER. THIS YEAR WE HAVE DELIVERED ADDITIONAL GENERAL WASTE AND MIXED RECYCLING BINS, AND INCREASED THE FREQUENCY OF COLLECTIONS.

WE HAVE BEEN MANAGING THE WASTE AT MURGATROYDS FISH AND CHIP RESTAURANT IN YEADON, LEEDS, SINCE AUTUMN 2014. WHEN WE INITIALLY ASSESSED THEIR WASTE MANAGEMENT, AS IT WAS, WE REALISED THERE WERE MANY POSITIVE CHANGES WE COULD MAKE. MURGATROYDS AGREED TO WORK WITH US TO MAKE THESE CHANGES, AND THIS LED TO THEM RECEIVING A PREMIUM SERVICE AT A LOWER COST, AND WITH COLLECTION DAYS TO SUIT THEM.