We have been managing the waste at Murgatroyds Fish and Chip Restaurant in Yeadon, Leeds, since Autumn 2014. When we initially assessed their waste management, as it was, we realised there were many positive changes we could make. Murgatroyds agreed to work with us to make these changes, and this led to them receiving a premium service at a lower cost, and with collection days to suit them. 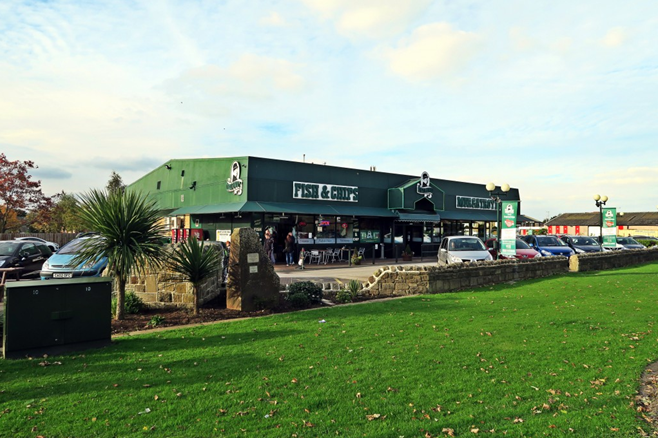 Murgatroyds used to use Biffa for their waste management, but our  initial on-site waste assessment highlighted areas that could be improved upon, such as how recyclables were being dealt with. Before we joined forces with Murgatroyds, they were throwing everything into a mixed recyclables skip. Nowadays, Murgatroyds use a baler for cardboard (which they use a lot of, as their food packaging is cardboard boxes), which means we are able to collect the bales of cardboard free of charge from them.

In summary, we currently collect both General Waste and Mixed Recycling from Murgatroyds, which currently involves 16 x 1100 litre bins, and Glass Bottles in 240 litre bins.  Not forgetting, of course, the money saving cardboard baler. 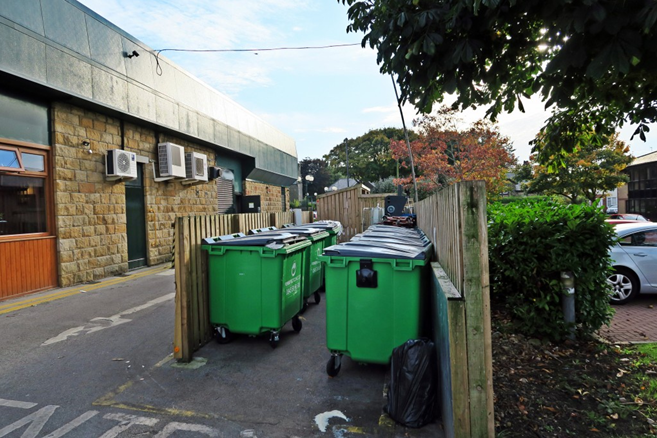 We recently added food recycling bins to Murgatroyds' service, as it was a natural next step for a restaurant. At Forge Waste & Recycling, we send nothing to landfill, and we do our best to recycle as much waste as we possibly can. We are committed to helping our clients save money through recycling.

When asked about the change of waste management provider to Forge from Biffa, the Managing Director of Murgatroyds, Andy Chad, said:

“Not only have we managed to save money with Forge, but we are also now getting a rebate on the cardboard bales we produce”.